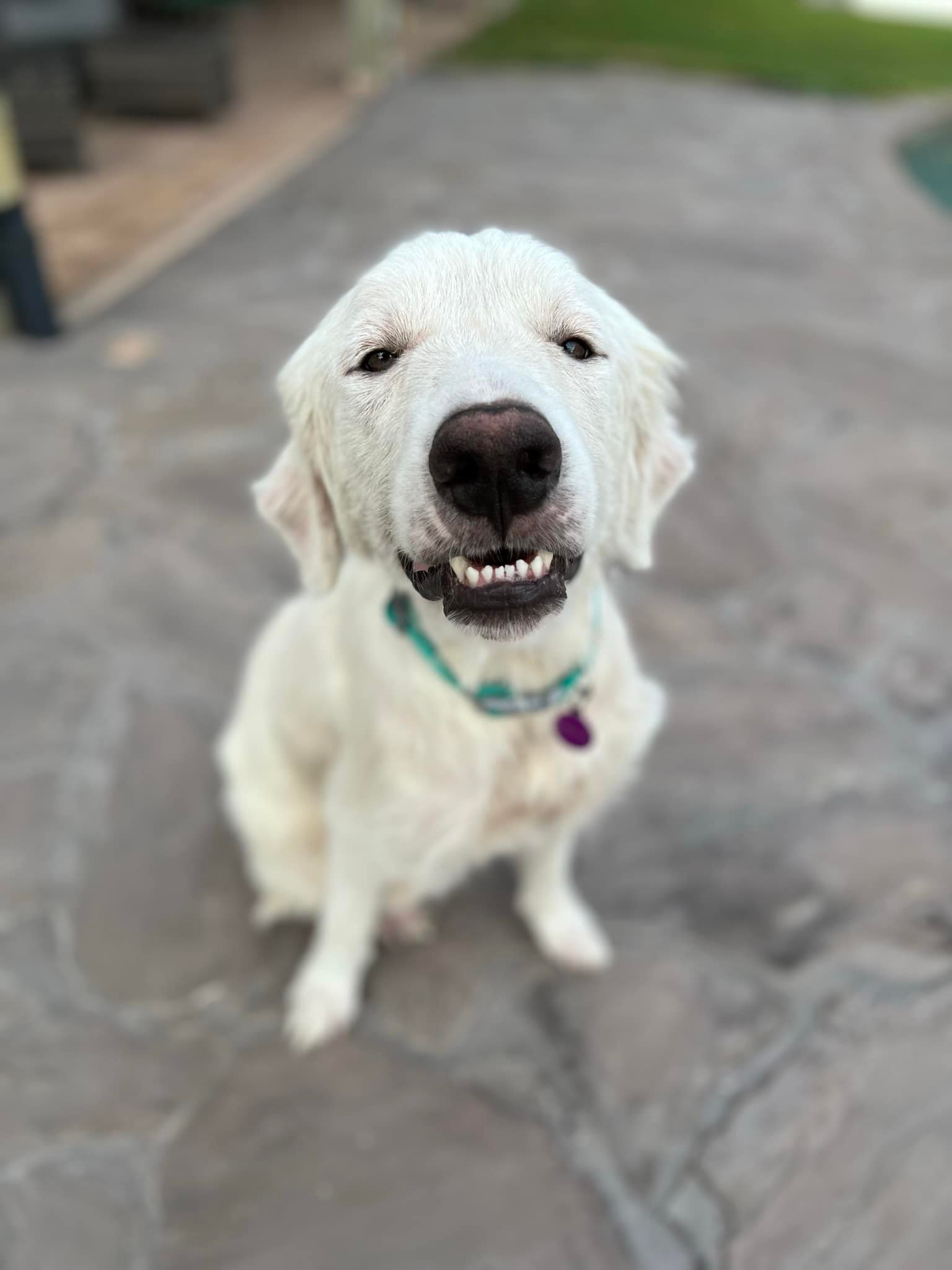 in Large, Puppy - mature
by Maxx & Me Pet Rescue
0 Comments
Updated: 8/12/2022
As our Great White Pyrenees Puppy begins to feel better, he’s showing us that his primary concern in life is just to be touched, loved, acknowledged by his humans. Sunbathing and exploring a large yard are a close second.
He adores teens the very most but is open to everyone.

Would be just AWESOME to find him a sidekick like that though…
Vaughn wants a home of his own. He’s ready! While he still needs to gain healthy weight back (still at least 40# underweight), he’s healthy enough to transition to a foster to adopt home. We will wait approx 6 months before neutering him to allow him to gain muscle mass.
Every
Single
Person
That meets this categorically gorgeous dog falls head over heels for him!!!! Are you the family he’s meant to bless forever?
Applications for Vaughn – large, fenced yard, only dog home –
“PROGRESS & POTENTIAL”.
Vaughn is the epitome of both.
When we first met Vaughn, he was as emotionally downtrodden & physically drained as he could possibly be. In fact, after knowing him just 24 hours, we were absolutely sure Vaughn was on the brink of death had he not been found and rescued by ACO. As a 12 month old, very lanky Great Pyrenees pup, Vaughn should be close to 100 pounds and a veritable cloud of fur – if he were healthy. Instead, he walked like a rickety old man and was skin, bones, and nearly naked at just 59 pounds.
Describing the extent of Vaughn’s physical ailments is emotional for us… where he was completely hairless – as no triple-coated dog breed should ever be – you could see open wounds. His ears were so infected and filled with puss-y scabs, he would itch them mercilessly – crying and moaning but unable to stop the cycle – until they bled. He had ulcerated sores on his cheeks and feet. The matts and clumps of filth tangled in his fur were painfully old. He smelled so putrid, it was difficult to be close to him….
And yet…
He craved touch immediately and profoundly. Petting him was precarious because it seemed like it MUST hurt. You were touching his entire spine, all his ribs, every bone was merely covered in a thin layer of skin and minimal hair and it seemed impossible this was a pleasant feeling. But for Vaughn, this was the highlight of all the minutes of the day.
Vaughn slept about 23 hours of every day the first couple of days. He was exhausted. The vets have said this is what happens to severely malnourished and anemic dogs right before they simply lay down and die… they just start to fade away. He was certainly fading. He ate – but not like you’d expect a starved dog to eat. He ate with patience and purpose. He dutifully went potty outside (and not once inside!) each time we took him out. He then returned to his lair and slept the sleep of the dead. We could enter and exit his quiet, private room without ever disturbing him, he was so soundly asleep. All of this reinforced our initial feeling of just how close Vaughn really was to being too physically exhausted to survive the ordeal he had endured. He was truly rescued JUST IN TIME.
Since those first days, Vaughn’s world has grown exponentially. He’s endured a warm bath to rid him of the extreme filth – a blessing to all of us! He’s discovered friends, toys, a backyard experience – of which he is a HUGE fan. He’s been loved and snuggled and pet more in these two weeks than his first year all together. He’s slept on dog beds, people beds, the couch, discovered blankets and knows he can never go back now…
To say that Vaughn is a completely different dog, is not remotely an understatement. The one constant is his want to be touched and his openness to his people. That has never waivered – even with the poking and prodding of daily medicine distribution, bloodwork draws, and the aforementioned bath experience. Vaughn is grateful to feel safe, to be provided for, and to be able to hear his name (which he learned immediately!) followed by all the “Good Boy”s, the “We love you”s, and the “Yay, Buddy, Good Job”s. He eats.it.up.
Vaughn is not yet healthy enough to undergo neuter surgery. His blood work still reflects the nearly life-draining malnutrition and severe anemia. BUT, he’s gaining weight steadily (nearly five pounds already!) and is noticeably healthier each day.
No one wishes we had a magic wand to move through this process more than Vaughn himself. He WANTS to feel better. He WANTS to play! He WANTS to RUN! He wants to try the things the other dogs do without his legs splaying out from underneath him like a baby deer on ice. He simply doesn’t have any muscles to do so. It doesn’t stop him from trying though! He has turned major corners and already celebrated significant, life-altering progress in this short amount of time.
Vaughn is now on the hunt for a home where he can continue his progress and bond to his people. This is such an emotional process, it would benefit everyone for him to make these next steps and grow in such big ways in the home in which he will stay forever. Vaughn has a LONG, HAPPY, HEALTHY life ahead of him and he would very much enjoy starting that now!
In his forever home, a LARGE, SECURELY (6’ minimum) fenced yard is paramount. Vaughn is loving learning from patient, friendly, welcoming dogs in his foster and would benefit from that in a forever home as well. He loves absolutely everyone he meets and we know his transition to this next big step will be lovely to witness.
Vaughn is a blank slate of potential. He’s ready to find the family willing to help him write his own fairy tale. THEY will be the fortunate ones, he’s truly something special.
Vaughn’s adoption will be pending his neuter, he will be up to date on all vaccines, neutered and microchipped. Adoption donation is $400.
Applications for Vaughn @ maxxandme.org – please follow up with an email @
maxxandmerescue@gmail.com 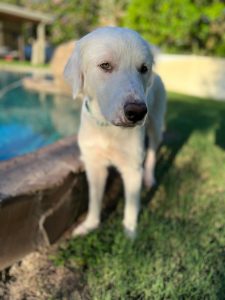 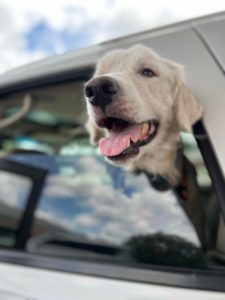 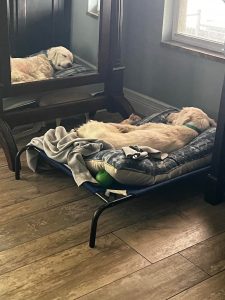 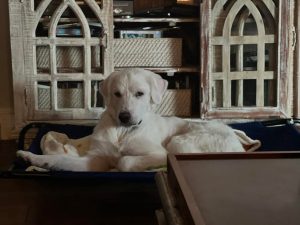 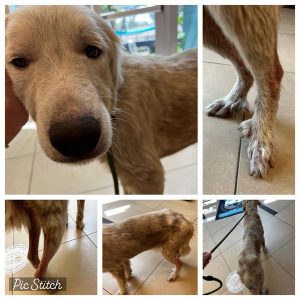 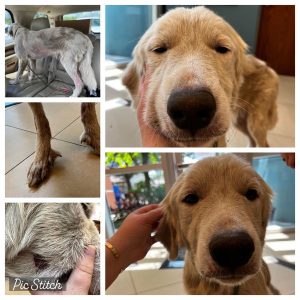 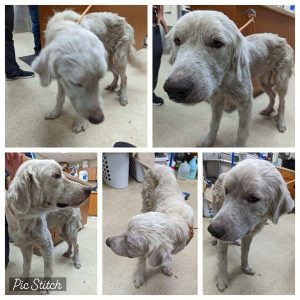 Maxx & Me is an all volunteer, all foster home rescue and do not have a shelter. Please allow at least 48 hours for applications to be processed (missing information may slow the process, so please take your time and be thoughtful in your answers). We place dogs based on best home for each dog and not order of applications received. Email us at maxxandmerescue@gmail.com for updates and questions. Thank you for choosing rescue.